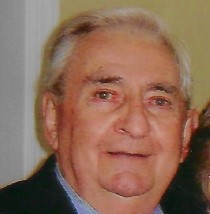 Paul was born May 30, 1932, in White Hall, Ill. He was the son of the late Lloyd Smith and Nettie (Pruitt) Smith. In addition to his parents, Paul was preceded in death by a son Paul Smith Jr. and one brother and one sister.

Paul’s last occupation was working for Cannon Matters as a sales manager. In the past, Paul worked for several years as the manager of Iredell Memorial Parks. Paul honored our country and served in the U.S. Air Force. He served in the Korean War as a B-29 gunner. He earned an Associate’s Degree through the U.S. Air Force and was a lifetime member of the VFW. He was a commander for the VFW Post 2031 and he also served as chaplain. Other clubs that Paul was a part of included the Elks Lodge and the Moose Lodge.

Paul is survived by Geri Smith, the mother of his children; a son, Ronald Lloyd Smith of Statesville; a daughter, Fara of Statesville; three grandchildren, Justin, Tesla and Heather; special friends, Jane, Jill, Taylor, Sarah and Jack, all of Chapel Hill, N.C.; and several nieces and nephews in Illinois.

The family will receive friends at 2 p.m. on Tuesday, March 23, 2021, at Reavis Funeral Home of Statesville. A memorial service for Paul will follow at 3 p.m.

In lieu of flowers, please consider memorials to Reavis Funeral Home of Statesville to help pay for funeral costs.