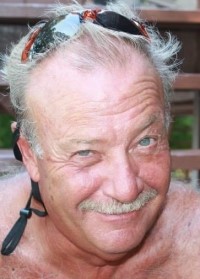 Philip Scott Ervin, 64, of Statesville, N.C., passed away Monday, June 7, 2021, at Wake Forest Baptist Medical Center. Born in Iredell County on April 9, 1957, he was the son of Farris Ervin and the late Lois Waugh Ervin.

In addition to his mother, he was also preceded in death by his brother, Craig Ervin.

Scott received his MBA at Gardner-Webb University and worked with UPS for over thirty-one years. He later worked with his father as manager of Farris Ervin Enterprises in Troutman.

He was an Eagle Scout; served as Scoutmaster of Troop #363 and served on the Eagle Board of the Gemstone District for many years.

In his earlier years, he was a member of Bethlehem United Methodist Church. Later, he became very active at Fairview Baptist Church, serving in many capacities.

Scott had a huge heart and helping others gave him a sense of joy and purpose. He was relied upon and counted as a friend by many, embodying the spirit of a servant leader.

He loved spending time on the water, gardening, and his Volkswagen convertible, but most of all he loved his family.

Those left to cherish his memory are his wife of 40 years, Rebecca Mayberry Ervin; son, Philip Seth Ervin and wife Janet of Charlotte; daughter, Olivia Ervin Lenderman and husband Matt of Huntersville; and two grandsons, Jack and Teddy Ervin.

The family will speak to friends Saturday, June 12, 2021, from 1 to 2 p.m. in Poston Hall at Bethlehem United Methodist Church. A Celebration of Life service will begin at 2 p.m. in the church sanctuary.

Bunch-Johnson Funeral Home is honored to be serving the Ervin family.