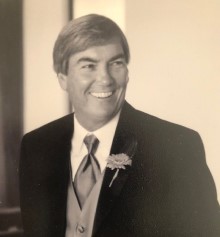 Richard was born on April 6, 1946, in Monroe, N.C., to the late Howard Helms Sr. and Eloise Long Helms. He was a graduate of Monroe High School and Western Carolina University. On April 21, 1973, he married his wife, Teressa Derrick Helms, who survives. Richard served in the National Guard and later retired as a Sales Representative of A.O. Smith.

In addition to his parents, Richard was preceded in death by his older brother, Howard Helms Jr.

A visitation will be held at First Baptist Church in Statesville, N.C., from 10 a.m. to 12 noon on Tuesday, September 7, 2021, with the memorial service following at 12 noon with Dr. Nelson Granade officiating.