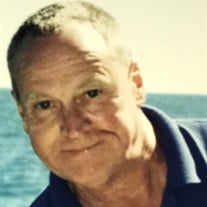 He was born on January 3, 1937 in Astoria, N.Y., to the late Hans and Mary White Irminger. Mr. Irminger was a member of the National Guard in New York. He enjoyed being outside, saltwater fishing, hunting, and playing golf and tennis.

In addition to his parents, he was preceded in death by his wife, Rita Miranda Irminger.

Military honors will be held at 6 p.m. on Friday, July 2, at Cavin-Cook Funeral Home Chapel. The family will receive friends immediately following until 8 p.m.

Cavin-Cook Funeral Home & Crematory, Mooresville, is serving the Irminger family. Condolences may be made to the family at www.cavin-cook.com.