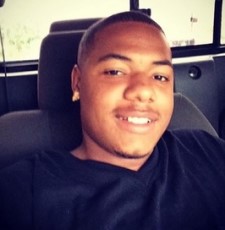 Samuel Green III‘s journey into life began April 14, 1992, in Vero Beach, Fla. He was the son of Samuel Green Jr. and Gwenette Jones Armand. He entered into eternal rest on Monday, September 27, 2021.

He moved with his family to Statesville, N.C., in 1995. He attended the Iredell-Statesville Schools System and received his high school diploma in June 2012. Samuel’s favorite color was green and two of his favorite foods were chicken wings and shrimp fried rice. He had a love for sports with his favorite teams being the L.A. Lakers and Miami Dolphins. Samuel was very outgoing, full of life and no matter where he went he made a friend and always represented where he was from (704 & 772). In August 2019, he moved to Houston, Texas, to attend Universal Technical Institute, earning his degree in Collision Repair & Refinish Technology (CRRT) in February 2021 with the dream of having his own auto body shop.

Rutledge and Bigham Funeral Home is serving the Green family.