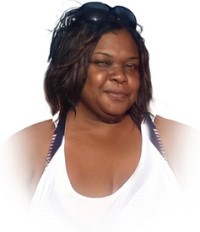 Ms. Selena Ann Gaither, 45, of 305 Vernon Lane, Statesville, N.C., was born in Iredell County on June 1, 1976, and was the daughter of Ronnie Gaither and the late Janet Yvonne Johnson Booe. She departed this life unexpectedly at Davis Regional Medical Center in Statesville on Monday, September 20, 2021.

Lena, as she was affectionately called, was a graduate of Statesville High School and Mitchell Community College, where she received a degree in Criminal Justice. At one time, she was a machine operator at Cannon Mills. In addition to her mother, Janet, she was preceded in death by a brother, Early Vince Booe, and a sister, Elizabeth Yvonne “Lizzy” Booe.

She leaves to cherish the memory of her life, in addition to her father, Ronnie Gaither of Alabama, three daughters, Preanna Chambers, Naeanna Chambers and Yazmine Reid, all of the home; two grandchildren, Messiaah Chambers and Kaayson Chambers, both of the home; four siblings, Rhonetta Johnson, Cicely Penn, Ronnie Gatiher Jr. and Brittney Gather Jackson; and a host of nieces, nephews, cousins, other relatives and friends.

Visit the Book of Memories for Lena at www.rutledgeandbigham.com.

Rutledge and Bigham Funeral Home is serving the Gaither Family.