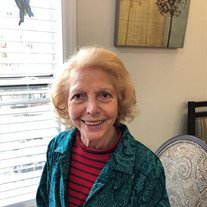 Vida, affectionately known as Maman by those who loved her, practiced as a dentist until her retirement. She loved to study history, to watch old Bollywood movies, to dance and to garden. She would embrace anyone she met and treat them as her own and tell them they are beautiful and that she loves them. She was known at Planet Fitness as the expert on all of the machines. She was president of the Summit Place garden club. Vida had many positive days leading up to her death and was particularly happy in the last weeks of her life and she will take that state of mind into the next dimension.

A graveside service will be held at Glenwood Cemetery on Tuesday, April 6, 2021, at 3 p.m. In lieu of flowers, contributions can be made to Kadampa Meditation Center Charlotte, 528 East Boulevard, Charlotte, NC 28203 or Gordon Hospice House, 2341 Simonton Road, Statesville, NC 28625.

Cavin-Cook Funeral Home & Crematory, Mooresville, is serving the Golden family. Condolences may be made to the family at www.cavin-cook.com.