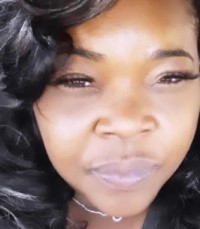 Wendy grew up in Statesville and attended Statesville High School. She obtained an Associate’s Degree in Georgia and pursued her career in the Health Care field. She never knew a stranger and always made you feel welcome. Wendy had joy all in heart. She enjoyed laughter and making others laugh, and there was never a dull moment with her around. Her family meant everything to her, taking pride in caring for her parents, brothers, nieces, and nephews. Wendy was the life of the party and the center of her family. She was an aunt that loved like a mother, though she had no children of her own. She took great pride in her role as an aunt, shaping the lives of her nieces and nephews, and as a great aunt. We call her a Friend, Sister, Cousin, Daughter and Aunt — she is more like every family member combined together. She showed up when it mattered, had your back, gave to those in need, and would defend and stand up for those she loved. She kept us safe, told some of the best stories, and kept us smiling.