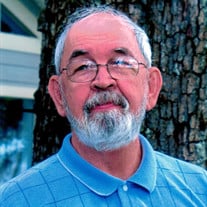 Benny was born on December 11, 1945, in Statesville to the late James Henry and Margie Eloise White. He graduated from Statesville Senior High. With great pride he served as a N.C. Correctional Officer for 30 years, most of which were spent at the Huntersville Mecklenburg 2 facility. He had a passion for collecting that ranged from classic cars to coins and more. He and his late wife Kitty enjoyed traveling as well as playing cards with treasured friends. He was the president of The Carolina Classics Club for many years. As a member of Wesley Memorial United Methodist Church through the years, he served in several roles faithfully.

Along with his parents, James and Margie Eloise White, he was preceded in death by his wife Katherine “Kitty” White and his three of his brothers, Dale, Robert, and Jack.

A Memorial Service will be held Wednesday, September 14, 2022, at Wesley Memorial UMC at 1 p.m. with Pastor Chris Fitzgerald officiating. The family will visit with friends from 12 to 1 p.m. prior to the service.

In lieu of flowers, please make donations to Gordon Hospice House or Fifth Street Ministries. The family would like to express genuine gratitude to the nurses and staff at the Gordon Hospice House and in-home care, including especially CNAs: Ashley, Harley, and Mildred.

Nicholson Funeral Home is honored to serve the White family.