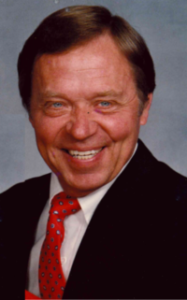 Mr. Williams was born in Polk County, N.C., the son of the late Claude O. Williams and Daisy S. Williams.

He graduated from Dallas High School in Dallas, N.C., and was married to Sara Murdock Williams. Charles was a member of Holy Trinity Lutheran Church in Troutman, was a former Scoutmaster of Boy Scout Troop No. 343 at St. Paul’s Lutheran Church in Statesville, was a homebuilder throughout Iredell County and retired as a maintenance supervisor with the City of Statesville.

Along with his parents and his wife, Charles was preceded in death by his sisters, Annie Taylor and Evelyn Crider; his brothers, Jerry Williams and Jim Williams; and his beloved fur-baby, Maya.

Those left to cherish the life and memory of Charles Williams include his sons, Danny Williams and Jerry Tate Williams; his step-daughters, Carmen Gibson and Carla Thompson; his sisters, Betty Jenkins and Maxine Stines; six grandchildren; and 12 great grandchildren.

The family will visit with friends on Monday, November 28, 2022, from 10 to 11 a.m. at Troutman Funeral Home. A funeral service will follow the visitation at 11 a.m. in the funeral home chapel. Burial will follow at St. Michaels Cemetery in Troutman.

In lieu of flowers those wishing to make memorials are asked to consider Hospice of Iredell County, 2341 Simonton Road, Statesville, NC 28625.