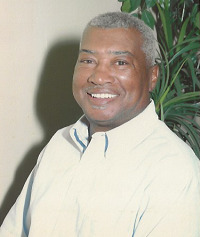 Mr. Dannie Samuel Reid, who was affectionately known as Dannie Boy, Dannie Wayne, Uncle D, Papa Dannie, and Pawpaw, passed away peacefully at the age of 78 at his residence on May 22, 2022. Dannie is the son of the late Sam Sampson Reid and Helen McClelland Reid Houpe. He was born in Iredell County on May 10, 1944.

Dannie was an avid gardener, fisherman, hunter, and farmer. Dannie enjoyed playing baseball with Southern Screw and the Airport Bombers and also loved playing cards. He made sure the neighborhood was fully supplied with fresh vegetables all summer long. He was generous and never met a stranger.

He was a 1963 graduate of Unity High School. He worked at Southern Screw, and retired from Statesville Housing Authority in 2008. He attended St. Peter Missionary Baptist Church.

He was preceded in death by his parents and son, Keith Bernard Clark.

He leaves to cherish his memory his devoted and loving wife of 54 years, Margaret Moore Reid; two daughters, Danette Reid of Statesville and Markita Reid of Winston-Salem; four grandchildren, LaShonda Lawrence, Shawanda Lawrence, Marisa Morrison, and Danica Morrison; and seven great-grandchildren; three aunts, Alma Reid Coulter and Idell Reid White, both of Sherrills Ford, N.C., and Annie Mae Reid Daniels of Landover, Md.; and a host of cousins, friends and in-laws. Also surviving are devoted and special cousins, LaFreda McClelland and Vincent Sherrill; and a great niece who was like a daughter, Christy Steele.

Visit the Book of Memories for Mr. Reid at www.rutledgeandbigham.com.

Rutledge and Bigham Funeral Home is serving the Reid Family.