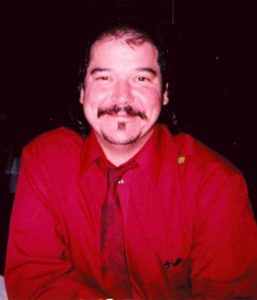 Mr. Targia was born in Brooklyn, N.Y., on April 12, 1963, the son of the late Santo Targia and Ramona Laicer Targia. Denis was a graduate of Central Islip High School in Long Island and on June 12, 1981, was married to Lucretia Klvana Targia, who survives. He was self-employed in the Plastic-Prototype business and enjoyed working with his hands and creating things.

In addition to his parents, he was preceded in death by two grandsons, Roman E. Targia and Edwin Rogers; his sister, Linda Juba Saladino; and nephew, Damian Juba.

Along with his beloved wife, those left to cherish his memory are his son, Anthony Targia (Jordan) of Gastonia; his daughter, Nicole Rogers of Harmony; his grandchildren, William and Madelyn Targia, and Connor Rogers; his sisters, Karen Russo (Charlie) of Statesville, Kerry Jordan (Mark) of Statesville, and Cheryl Bollen of Florida. Also surviving are his father and mother-in-law, Philip and Louise Klvana of Harmony, and many nieces, nephews, cousins and family friends.

A celebration of life will be held at 4 p.m. on Saturday, June 18, 2022, in the Troutman Funeral Home Chapel. The family will greet friends following the service.