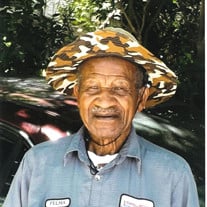 Felma worked as city worker in Statesville and was a member of Davidson Baptist Church.