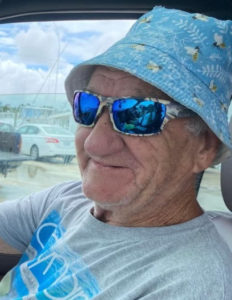 Frank was a country boy of the Baptist faith who loved his family. He enjoyed fishing, hunting, the great outdoors, and working on his farm. He retired from PolyOne, and continued to work with his family at Town and Country Storage.

A Celebration of Life is planned for Saturday, October 15, at 3 p.m. on his farm for family, friends, and neighbors.