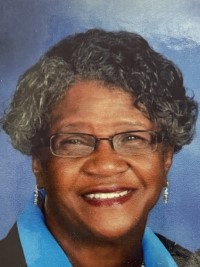 Mrs. Gladys Heaggans Stevenson, 83, was born in Statesville, N.C., on February 13, 1939, and was the daughter of the late Charlie and Emma Rankin Heaggans. She departed this life on Saturday, February 26, 2022, at home after an extended illness.

She was a 1956 graduate of Unity High School and attended Livingstone College and Mitchell Community College. She was formerly employed by Burlington Mills and Carolina Mills. After job core training, she was hired by Iredell County and worked there twenty-seven years until she retired in 2004.

After her retirement, she worked for the Iredell-Statesville Schools system as a substitute teacher and the Iredell County Board of Elections as a poll worker.

Gladys was a member of Highland Acres Church of Christ, formerly Belmont Church of Christ. She was active in the Highland Acres Singers of Faith, Ladies Day programs, adult and children’s educational programs, visitation program and kitchen ministry. Her hobbies included spending time with her grandchildren, cooking, singing, and gardening. She loved spoiling her daughters and her adopted daughters and sons.