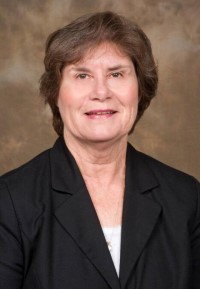 Glennie Overman Daniels, 76, departed this life on Friday, January 7, 2022, after a courageous battle against Parkinson’s disease and a decline in health over the past six months. Glennie was born in Yadkin County, N.C., on March 27, 1945, to Rex Thomas Overman and Mary Simmons Overman. She was several months old before meeting her dad, who was returning from service in the Army during World War II. With auburn hair and porcelain skin, she was a beautiful child.

Glennie spent most of her childhood in Harmony, N.C., and excelled in everything she attempted. She graduated from Harmony High School in 1963 and from the University of North Carolina at Greensboro with a Bachelor’s of Science in Home Economics in 1967. The same year Glennie married Michael Dean Daniels from Cooleemee. They lived in Germany for a year while Michael served in the Army.

Glennie taught science at Northwest Guilford Middle School from 1970 to 1984. She earned a Master’s in Education (M.Ed.) from UNC-G in 1974. Glennie opened a framing and needlecraft store in Greensboro in 1984, operating this until she and Michael moved to Statesville.

Glennie taught science in Iredell County Schools for a short time and then opened Fibers and Frames, a frame and needlecraft store in Statesville, until the mid-1990s. In 1996, she graduated from UNC-G with a Doctor of Philosophy (Ph.D.) in Human Environmental Sciences. Dr. Glennie Daniels finished her career as family and consumer sciences agent with the North Carolina Cooperative Extension in Catawba County. She was recognized at the state and national level several times for her outstanding work in this position.

Glennie was a wonderful caregiver during her mother’s failing health for more than 12 years. She was preceded in death by her father, Rex Overman; her mother, Mary Simmons Overman; infant brother, Paul Simmons Overman, and her husband, Michael Daniels.

Glennie is survived by one brother, Robert Overman, and his wife Lynda Shumaker Overman; and sisters-in-law, Linda Daniels Soderquist and Ann Daniels. She is also survived by nephews, Casey Overman (Elizabeth) of Fuquay-Varina, N.C., and Justin Overman (Patricia) of Thomasville, Ga., and great-nephews Grant, Carter and Weston Overman, and Daniel Overman; and great-niece, Sarah Overman; as well as nieces and nephews in the Daniels family.

The family extends its gratitude to Ms. Dewana Cole with Home Instead for the wonderful care she provided Glennie over the past four months.

A funeral service for Glennie and memorial for her husband Michael who passed away in August will be held at 1:30 p.m. Saturday, January 15, 2021, at Fairview Baptist Church with Dr. Scott Eanes officiating. The family will receive friends after the service. Out of caution, the family requests that anyone attending please wear a mask. A private family burial will be held in the Harmony City Cemetery.