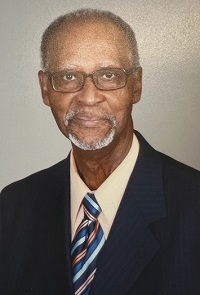 Harold Gillon Sr., 84, of Statesville, N.C., was born in Iredell County on February 10, 1939. He was the son of the late James Marchal Gillon and Myrtle McMullen Gillon. He departed this life on Thursday, June 2, 2022, at Iredell Memorial Hospital in Statesville.

Harold was a graduate of Unity High School and served with the United States Army and was honorably discharged. He was employed by Clark Schwebel Inc., from where he retired after 40 years of service. He was a dedicated member of Highland Acres Church of Christ, formerly Belmont Church of Christ. He was an active member of the church, serving for many years as a Deacon and the Church’s treasurer. Harold enjoyed traveling and spending time with his family, playing golf and sitting in his pick-up truck for hours enjoying the sunlight.

Celebration of Life Services will be conducted Monday, June 6, 2022, at 2 p.m. at Highland Acres Church of Chris. Al Simmons will officiate and burial will follow in the Belmont Cemetery with Military Rites. Mr. Gillon will remain at Rutledge and Bigham Funeral Home until taken to the church to lie in state at 12:30 p.m. Members of the family will receive friends at the church from 1 until 2 p.m., one hour prior to the service.