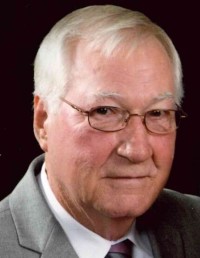 James was born January 18, 1941, in Wilkes County, N.C., and was the son of the late Edgar James Johnson and Ora Nance Johnson. He attended Statesville City Schools and served in the U.S. Army from 1962-1965. In 1959, he married Sue Miller Johnson, who survives. He worked for Duke Power at McGuire Nuclear Station for 26 years as a Master Builder. He was a member of Monticello Baptist Church and Masonic Lodge 27. He loved riding his motorcycle and playing music. He rode his motorcycle to every state in the U.S. and all of Canada. He played the harmonica with several groups.

In addition to his wife, he is survived by two sons, Keith and Craig; three daughters, LeAnn, Becky, and Dana; nine grandchildren; and a number of great grandchildren. Also surviving are brothers, E.J., Wayne, Dale, and Karon; four half sisters, Virginia, Agnes, Audrey, and Gwynne; and a number of nieces and nephews. He was preceded in death by one son, Derek Johnson.

Funeral services will be held at 2 p.m. on Friday, February 25, 2022, at Beulah Baptist Church with Rev. Brian Burgess and Pastor Les Pennell officiating. Burial will follow in the Iredell Memorial Gardens Cemetery with military honors provided by the U.S. Army and North Iredell American Legion Post 113, Masonic Rites will also follow. The family will receive friends on Friday from 12:30 to 2 p.m. at the church.