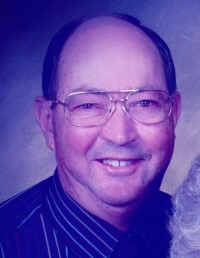 James William Gibson, 80, of Statesville, N.C., passed away on Thursday, April 7, 2022, at his home surrounded by family with Grace holding his hand.

James was born on July 14, 1941, in Macon County, N.C., and was the son of the late Dee Gibson and Lavada Woodard Gibson. He served faithfully at Union Chapel Baptist Church for many years. He worked at the NC DOT Equipment as the supervisor as well as farmed.

In addition to his parents, James was preceded in death by his sister, Mary Herman.

James is survived by his wife of 60 years, Grace Johnson Gibson; four daughters, Teresa, Kelly, Jennifer, Nancy; and two sons, Mike Gibson and Mike Talley. Also surviving are his grandchildren, Noah and Jerica, as well as numerous loved ones. He has touched many lives by being who God made him to be.

A visitation will be held on Monday, April 11, 2022, at Union Chapel Baptist Church from 1 to 2 p.m. with service to follow with Rev. Robin Miller officiating. Burial will follow in the church cemetery.

In lieu of flowers, memorials can be made to Union Chapel Baptist Church.