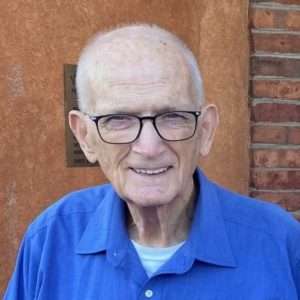 Jim was preceded in death by his parents; wife and love of his life for 68 years, Audrey Anderson Abshire; son, James Dennis (JD) Abshire; and brother, Gerald Abshire.

Jim was an Army veteran, having served in the 101st Airborne, and The Continental Army Command. He was a fire inspector for the Hickory Fire Department for almost 20 years. He attended Clevenger Business College in Hickory. Jim retired from Kewanee Scientific Corp. after 30 years. He was an avid N.C. State fan and worked hard for the environment.

In lieu of flowers, please give to donors choice. Jim and family would also like to thank the nurses and doctors at Iredell Memorial Hospital.

Fond memories and expressions of sympathy may be shared at www.bunchjohnsonfuneralhome.com for the Abshire family.

Bunch-Johnson is honored to be serving the Abshire family.