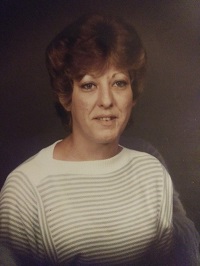 Joann Anderson Hager, 69, of Statesville, N.C., departed this world on September 9, 2022, at her home in Iredell County.

Joann was born on August 1, 1953, in Iredell County. She was the daughter of the late James Russell Anderson and Dorothy Jean Frye. In addition to her parents, Joann was preceded in death by her brother, Jimmy Anderson.

Joann was a homemaker. She had two daughters, Teresa Lambert of Johnson City, Tenn., and Kimberly Hager of Statesville, who survive her. Also, surviving Joann are her brothers, Daryl Anderson and Kenneth Anderson, both of Statesville; a sister, Donna Carroll of Statesville; two grandchildren, John Weatherman and Allen Weatherman; and one great grandson, Elius Weatherman.