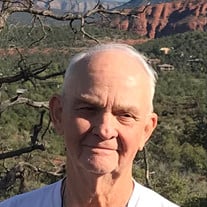 He was born on September 17, 1933, and proudly served his country in the U.S. Army during the Korean War.

Born to the late John and Arletta (Carr) Strayer in Fort Wayne, Ind., he as a brother of the late William (Carol) Strayer and uncle to Jerry Strayer.

John was a realtor and auctioneer for 43 years. He was an avid plane enthusiast and proudly held his pilot’s license. He also enjoyed riding his motorcycle.

Memorials are suggested to Carolina Caring at www.carolinacaring.org.

Cavin-Cook Funeral Home & Crematory, Mooresville, is serving the Strayer family. Condolences may be made to the family at www.cavin-cook.com.