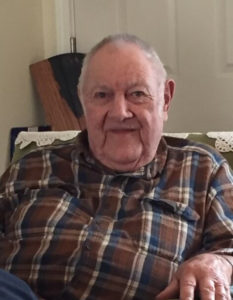 Johnnie was born on February 19, 1937, in Iredell County, N.C.,  and was the son of the late Johnnie Eugene Wilhelm and Margaret Freeze Wilhelm. He loved beach fishing in his younger years. He was an avid gardener and enjoyed giving the produce he grew to his friends and family. He was a member of the Troutman Volunteer Fire Department.

A visitation will be held from 11 a.m. to 12 noon on Monday, June 13, at Troutman Funeral Home with service to follow at noon. Burial will follow the service at Iredell Memorial Gardens.

Memorials may be made to Gordon Hospice House, 2341 Simonton Road, Statesville, NC 28625.