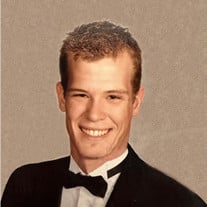 Josh was born on April 24, 1988, in Mooresville, N.C., the son of Jill Elizabeth Booth. He was a graduate of Lake Norman High School and worked in landscaping and construction.

One of Josh’s greatest joys was spending time with family, especially Khloe, Wade and Mae. Josh was a big kid at heart and connected with them on their level. He was a talented artist who had a love for sports and the outdoors.

The family will receive friends on Tuesday, December 20, 2022, from 2 to 2:45 p.m. at Cavin-Cook Funeral Home, Mooresville. A Graveside Service will follow at 3 p.m. at Glenwood Memorial Park.

An online guestbook can be found at www.cavin-cook.com.