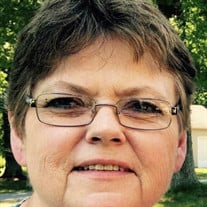 Judy was a 1974 graduate of White House High School. She was a long-time employee of the Iredell-Statesville School System in the Child Nutrition Department until she retired. She then took a part-time position with Mooresville High School in Child Nutrition.

Her children and grandchildren just know she is up there with her late husband George, sitting at the kitchen table, drinking coffee, smoking cigarettes and watching the news!

In addition to her parents, Elvin C. Lewis Jr. and Mary Christine Duncan Lewis, she was preceded in death by her husband of 37 years, George H. Gambrell; her brother, Eddie Lewis Sr.; and her son-in-law, Eric A. Josey.

A private memorial service in her memory will be held at a later date.