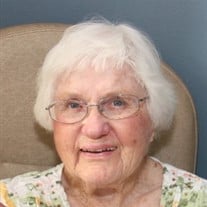 Mrs. Lamberth graduated from Brawley School, attended business college in Charlotte and Lowrance School of Nursing. Her career in bookkeeping included working at BESK Jewelers, Belk, and Draymore Manufacturing. She was the oldest living member of Mooresville ARP Church, where her father was a founding member. Mrs. Lamberth loved her church, birds, gardening, and Deluxe Ice Cream. She was passionate about her family and friends and was known for her pound cakes.

In addition her parents, she was preceded in death by her husbands, John Grant and Otis Lamberth; daughter, Rose Grant Deaton; brothers, Jim, Frank, and Wyatt Neel; and half-brother, Don Harris.

The family will receive friends on Saturday, January 22, from 1 to 2 p.m. with a service following at 2 p.m. at Cavin-Cook Funeral Home Chapel. Burial will follow the service at Glenwood Memorial Park.

Cavin-Cook Funeral Home & Crematory, Mooresville, is serving the Lamberth family. Condolences may be made to the family at www.cavin-cook.com.