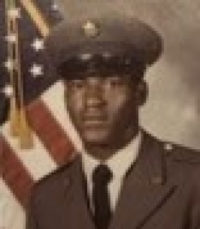 In addition to his mother, he was preceded in death by his step-father, George Robert Sloan; his father-in-law, Fred Ellison; his mother-in-law, Rosa Ellison; this brothers-in-law and sisters-in-law; Fred L. Ellison Jr., Willie Lee Miller, Carl Ellison, Sandra Gregory and Janice Ellison.

He graduated from South Iredell High School and served with the United States Army and was honorably discharged. He was employed as a machine operator at Carolina Mills. His hobbies included fishing, working puzzles, playing cards, and playing on his computer. He loved helping people in the community.

He leaves to cherish the memory of his life his wife, Laverne Ellison Garner of the home; two daughters, Jeanette Garner of Statesville and Tiffany (Barry) Raines of Sanford; his sisters, Shirley Glaspy, Marilyn Cowan and Josephine Miller, all of Statesville; two sisters-in-law, Gwendolyn Bennett of Statesville and Jackie Dorty of Charlotte; three grandchildren, Camdyn Garner, Antonio Ellison and Savanah Raines; and a host of nieces, nephews, cousins, other relatives and friends.

General Public viewing will be held on Wednesday, September 7, 2022, from 12 noon until 3 p.m. Military Rites will be performed at Cameron Presbyterian Church Cemetery at a later date.

Visit the Book of Memories for Mr. Garner at www.rutledgeandbigham.com.