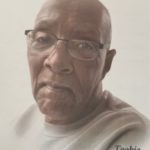 Tookie, as he was known throughout his life, was born in Iredell County on February 19, 1938, to the late George Lee and Gertrude Morrison Connor

Tookie was the youngest of four siblings. He treasured his one sister and three brothers. Katherine Connor Morrison, George Connor Jr. and Worth Smith Sr. preceded him in death.

As a skilled truck and machine operator, Tookie was employed with Highway Construction and Pavement Corporations involving numerous assignments throughout the state of North Carolina.