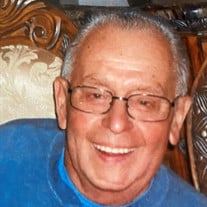 He was born on August 18, 1937, in Somerville, Mass., to the late Joseph and Mary Rose-DeSouza. Mr. DeSouza attended St. Therese Catholic Church in Mooresville. He enjoyed working on cars, watching old movies, bowling on a league, playing cards, and being with his family and friends.

In addition to his parents, he was preceded in death by his wife, Joanne Haskins DeSouza; and brothers, William and James DeSouza.

The family will receive friends on Saturday, September 24, from 12 to 1 p.m. with a memorial service following at 1 p.m. at Cavin-Cook Funeral Home Chapel.

Cavin-Cook Funeral Home & Crematory, Mooresville, is serving the DeSouza family. Condolences may be made to the family at www.cavin-cook.com.