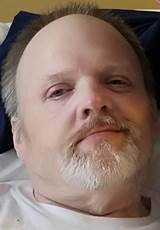 He loved football and music, especially AC/DC, Lynyrd Skynryd, Aerosmith, ZZ Top and KISS, which he reminded his family of frequently with his never-ending sense of humor. He kept everyone around him laughing with his silly antics and unexpected conversations. He was loved by so many and returned that love to them.

He was preceded in death by his grandparents, Don and Reba Workman; uncle, Robert Workman; aunt, Janet Williamson; and stepfather, John Bodine.

Left to treasure his memory are his mother and stepfather, Carolyn and Ken Lee of Statesville; daughter and son-in-law, Brianna and Scott Brookshire of Taylorsville, N.C.; son and girlfriend, Brandon Messer and Brianna Rowe of Hamptonville, N.C.; grandchildren, Tucker and Kinsleigh Brookshire and Lukas Messer; brother and sister-in-law, Ray and Kim Messer of Huntington, W.Va.; sister, Wendy Smith of Statesville; niece, Brittany Messer of Huntington, W.Va.; nephews, Jared Messer and wife Abbi of Wilmington, N.C., and Austin Smith and Alex Smith, both of Statesville; as well as uncles, aunts, many cousins and numerous friends.