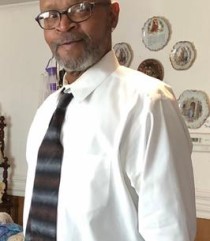 Mr. Rodrick “Tim” Parker was born in Iredell County, N.C., on May 15, 1961, to the late Roy and Margaret Morrison Parker. Tim peacefully departed this life on February 1, 2022, at the Gordon Hospice House in Statesville, N.C.

Tim was a graduate of North Iredell High School. His career was in manufacturing. His last place of employment was at Betco in Statesville. He was a lifetime member of Freedom Presbyterian Church.

In addition to his loving parents, Tim was preceded in death by his siblings, Weldon (Barbara) Parker, Wilma (Ronald) Campbell, and Reginald “Reg” Parker, whom he loved dearly; a niece, Yolanda Allison; and a sister-in-law, Constance “Conkie“ Parker.