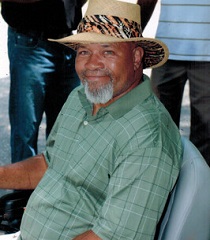 Mr. Tensley Raymond Rucker Jr., 79, was born in Iredell County, N.C., on March 22, 1943, and was the son of the late Tensley R. Rucker Sr. and Odessa Virginia Mayhew Rucker. He entered into eternal rest on Friday, September 30, 2022, at Gordon Hospice House in Statesville, N.C.

Tensley attended Morninside High School. He was a Carolina Panthers football fan, and he was an advid lover of drag racing, where he won several championships at the Mooresville and Farmington Dragway. Tensley taught his son, Terrance D. Rucker, how to race as well, and today he is still racing, and has won several championships at different dragways. He was co-founder and owner of TLC Trucking Co. He was a great mechanic, building and assembling motors. He also loved to do landscaping around his home. Tensley was an all-around person who was always helping people with solving and fixing their vehicles when needed and attending his children’s football games. He was a great father and family man to all his siblings, whom he loved dearly.

A Celebration of Life will be held on Thursday, October 6, 2022, at Rutledge and Bigham Funeral Home, Statesville. Visitation will be from 12:30 to 1 p.m. Funeral will start at 1 p.m. with Bishop Wilford Walls officiating and Pastor Carolyn Morrison doing the eulogy. Burial will follow in the Iredell Memorial Gardens.

Visit the book of memories for Tensley R. Rucker Jr. at www.rutledgeandbigham.com.

Rutledge and Bigham Funeral Home is serving the Rucker family.