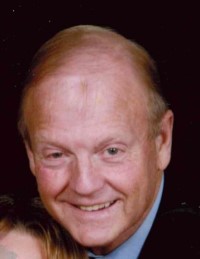 Terry was born January 28, 1951, in Mullins, S.C., and was the son of the late Frank and Verona Mae Buffkin Luther. He graduated from Palmer Business College in Columbia, S.C., and on April 15, 1973, he married Karen Elliott Luther, who survives, of the home. He was a member of Wesley Memorial United Methodist Church, and he was retired from Farm Bureau Insurance.

In addition to his wife, Terry is survived by one son, Elliott Luther (Amber Storey) of Statesville; three grandchildren, Ghunner, Lilly, and Braydon; one brother, Gene Luther (Sharon) of Blaine, Wash.; and numerous nieces and nephews.

He was preceded in death by one son, Eric Luther; and two brothers, Bill and Larry Luther.

Due to Covid-19, a celebration of Terry’s life will be held at Wesley Memorial UMC at a later date.