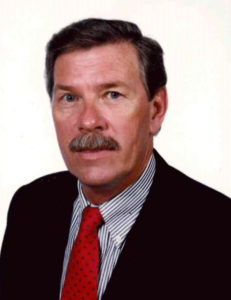 Tommy Howard Laws, 81, of Statesville, N.C., passed away Sunday, October 2, 2022, at the Gordon Hospice House after a brief illness.

Mr. Laws was born in Iredell County and was the son of Charlie Maston Laws and Janie Bell Howard Laws. Tommy was a graduate of Scotts High School. (He always told everyone it was the University of Scotts High School.) He worked for J.T. Alexander and Sons in the environmental division for more than 52 years. Tommy was a superhero to his family and wore many hats. He was a great husband, father, Papaw, brother, and friend. He loved playing golf, shag dancing, going to Ocean drive beach, working in his yard, and being a part of (TSC) Twisters Shag Club, but most of all he loved his family. His grandchildren were his pride and joy. He was of the Baptist faith.

Tommy was preceded in death by his beloved parents, and his brother, Tony Laws.

Mr. Laws is survived by his wife, Wilma Anderson Laws. His story was that he rescued her from the cotton patch and bought her first pair of shoes when she was just a child. He is further survived by his two sons, Todd Laws (Tina) and Mark Laws (Lori); his grandchildren, Samuel (Blade), Austin and Savannah; and two step-grandchildren, Garrett and Lucyann. He is also survived by his sister, Doris Pardue (Gilbert); brother, Roger Laws (Linda) of Salisbury; and many nieces and nephews.

Our hearts are hurting, warm, and saddened by the great void we feel by the loss of our beloved Tommy. We say to you Tommy, “keep on dancing, do what you love, Dancing Bear, and dance like no one is watching.”

We would like to thank Dr. Sam Stout with the Iredell Physicians Network of Mooresville for his many years of caring for Tommy as well as being his personal advocate and friend. Thank you to all the doctors and nurses at Iredell Memorial Hospital for their great care for Tommy during his recent stay.

A funeral service will be conducted at 11 a.m. Thursday, October 6, 2022, at Troutman Funeral Home Chapel with Gary Camp officiating. Burial will follow the funeral at Oakwood Cemetery. The family will visit with friends from 6 to 8 p.m. on Wednesday, October 5, 2022, at Troutman Funeral Home. Online condolences may be made to the Laws family at www.troutmanfuneralhome.com.

Those wishing to make memorials are asked to consider the Gordon Hospice House, or the donor’s favorite charity.