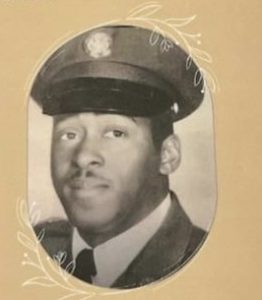 William Henry “Jack” Maxwell Jr. gained his eternal wings on November 9, 2022, at Iredell Memorial Hospital in Statesville, N.C. He was born on September 8, 1940, in Lavonia, Ga., to the late William Henry Maxwell Sr. and Beatrice Johnson Maxwell. He was preceded in death by his brother Travis.

In 1963, he was drafted into the United States Army, where he served honorably. Upon his discharge, Jack made the smart decision to move to Statesville, where a friend introduced him to the love of his life, Idella Byers. The two became inseparable and married in 1966.

They enjoyed life together and where you saw one, you saw the other. Jack enjoyed attending drag racing, basketball, football (he was an avid Dallas Cowboys fan), and going on trips with his love.

Jack was a strong supporter of community service and was a Big Brother with the Big Brother/Big Sisters Program of Statesville for over 18 years and a Scout Assistant with Boy Scouts for 25 years. Jack and Idella attended Third Creek Baptist Church in Stony Point, N.C., where he served in many capacities over the years. He worked at J. C. Penney’s in Statesville and retired after 25 years of service.

They had two boys and family became their life. He was proud of his boys and often gave them solicited and unsolicited advice on how to be a good citizen.

Jack Maxwell will be missed and leaves behind a growing legacy of trusting in God and love for family and friends.

A Memorial Service will be held at Third Creek Baptist Church on Saturday, December 3, 2022, at 12 noon Military Rites will follow the service.

Visit the Book of Memories for Mr. Maxwell at www.rutledgeandbigham.com.

Rutledge and Bigham Funeral Home is serving the Maxwell family.