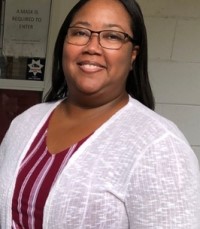 Mrs. Yolanda Rae Ramseur Allison, 44, of 221 North Patterson Street, Statesville, N.C., passed away at Iredell Memorial Hospital in Statesville on Sunday, January 2, 2022. She was born in Iredell County on October 1, 1977, and was the daughter of Myra J. Ramseur and the late Reginald S. Parker.

She was married to Allen Christopher Allison, who survives.