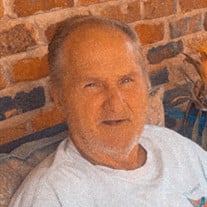 He enjoyed fishing, going to car shows and taking care of his rooster Brock. He loved spending time with his family, especially his grandchildren.

In addition to his parents, he was preceded in death by an infant son, Brian Threatte.

A graveside service will be held at 3 p.m. Friday, January 27, 2023, at Iredell Memorial Park, Statesville with Rev. Dave Wood officiating.

Cavin-Cook Funeral Home and Crematory, Mooresville, is serving the family.