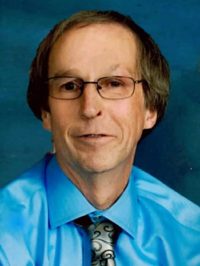 Mr. Summers was born August 1, 1948, the son of the late William G. Summers and Mary Wilson Summers. Bill was married to his beloved wife Sandra Morrow Summers on Valentine’s Day. Together they shared 46 years of marriage.

Bill was a man of few words and had a sweet gentle spirit. He loved staying busy, working on cars, doing yard work, and watching his bird feeders. He was proud of his family and most happy spending time with them, including his fur babies, Miss Kitty and Angel.

Those left to cherish Bill’s life and memory include his wife Sandy; his son, Dr. William G. Summers III (and wife Carrie Beth); his granddaughter, Addie Summers; his grandson, Ben Summers; his sister, Kay Redmond (and husband Jimmy); and his brother, Mickey Summers (and wife Patty).

In his last years, along with his family, he was surrounded by caregiver Maddie Morrow, and his friends John Simpson and Teresa Fox

A funeral celebrating Bill’s life will be conducted at 3 p.m. on Friday, January 13, 2023, at Bethlehem United Methodist Church. The Reverend Michael Flack will officiate. The family plans to greet friends at the church from 2 to 3 p.m. Burial with military honors will follow the funeral at Sharon Lutheran Church. Online condolences may be made to the Summers family at www.troutmanfuneralhome.com.