I too get stuck in traffic, shake my head in disgust as I see another rezoning for apartment buildings and worry about where the money will come from to build all the new school
buildings. Since starting my time in the N.C. Senate, I have explored every conceivable option available to help our area control growth and quickly build more roads. Absent a magic wand,
the solutions take a long time. In fact, too much time for this impatient person. 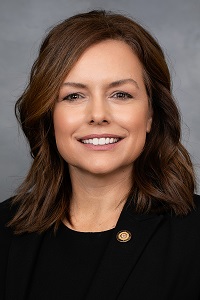 Many folks contact my office and ask questions, especially about traffic. It isn’t always an easy conversation explaining the perfect storm that hit our area a few years ago. The N.C. Department of Transportation overspent its budget by $748 million, causing a work stoppage. The ripple effect of that is being felt today and will be for many years to come. Projects like the Highway 150 widening in Mooresville were put on hold while NCDOT tried to put the pieces back together. COVID-19 caused further delays in the court processing land transfers and inflation has taken a wrecking ball to our economy.

Without understanding the true landscape of the complex structure of road construction, some folks whose intentions are self-promotion will recklessly draw conclusions based on assumptions. Then they report their manufactured opinions veiled as facts. In a look-at-me world, some town criers intentionally mislead others in their selfish journey of getting more likes on their social media feed by creating anger at the expense of the collective good of us all.

Let’s take the issue of a mortarium. If the Town of Mooresville issues a mortarium based on road construction then the town must by law be responsible to fix the traffic issues. Highway 150 is already funded by the NCDOT and set for construction. The town simply doesn’t have the finances for that project. Quick napkin math estimates that the town would have to raise everyone’s taxes at least by 250 to 300 percent to generate the needed funds, which would only result in delaying the project further.

Contrary to what has been reported by others, the Town of Cornelius did not issue a moratorium. Their board passed a resolution saying they will be reviewing their land use plan to better align growth with the needs of their community.

My role as the co-chair for Transportation in the N.C. Senate is quite simple. My responsibility is to set policy for the NCDOT and to direct money for them to complete the projects. As a state
senator, I have no say in when or where the roads are constructed. Road construction is under the responsibility of the governor as outlined by law set forth by the General Assembly in June
of 2013 with House Bill 817. The S.T.I.P. is a 10-year construction plan that was formed to take the politics out of road construction. Many of us long-term North Carolinians remember the
beautiful roads being constructed to the beaches while the Charlotte area was choked by traffic congestion.

Let’s not be all doom and gloom and take a moment to celebrate a few successes. Our area has never had this much attention from Raleigh. We have built a wonderful working relationship
with the NCDOT Board Members and Transportation secretary who all know our focus is on transportation improvement in our area. The NCDOT hosted a town hall that detailed badly
needed road improvement projects and took questions from attendees. The agency has accelerated right-of-way purchase and utility movement to build our roads faster. Stop lights
are being installed at dangerous intersection. In advance of construction, NCDOT will be widening Highway 150 east bound near Morrison Plantation and will be expanding the interchange
at Lake Norman High School in early 2023.

Another huge success for our state was a recently enacted budget provision that was initiated by NC Ten. I formed this bipartisan work group to formulate solutions to help get more funding
to NCDOT to build roads and to modernize the gas tax in a growing electric vehicle world. This group celebrated its first success by the transfer of sales tax to the transportation budget. In
just a few years, at no additional cost to the taxpayer, we will have $628 million more per cycle in the transportation budget. This one provision allowed for NCDOT to rework their S.T.I.P. and reprogram projects that were cut from the schedule, like Exit 38 on I-77 at Cornelius Road in Mooresville.

There is no silver bullet to address the rapid growth of Iredell County, specifically in the southern end. It’s easy to snipe on social media about voting local leaders out based on a misguided and ill-informed understanding of what’s allowed by state statute in North Carolina.

Trust me if the solution was as easy as some would like to believe, I’d have worked to get it done years ago. The biggest complaints that come to my office, and I know come to the offices of our municipal and county leaders, is about traffic. The idea that we simply refuse to implement solutions doesn’t pass the smell test. I have and will continue to work to address the traffic and infrastructure issues that face our community. These issues, while obvious, aren’t simple to solve. Be careful of anyone who tries to sell you otherwise.