During their March 1 meeting, our Board of Commissioners approved of an astounding $11 million in corporate economic incentives for two companies. In one meeting, our Board doled out incentives that surpass by a factor of six the total amount of incentives handed out in 2021. This is an egregious waste of taxpayer money, and I oppose the use of taxpayer money for the purpose of picking winners and losers in our corporate sector. 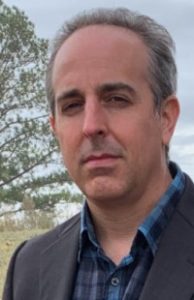 Proponents of these incentives argue that they result in local job creation and expand the tax base. Sounds great, right? The reality is much different. These incentives provide incumbents with positive media headlines and a photo op. Yet the jobs and local investment rarely materialize as advertised, and the negative spillover effects of these incentives outweigh any potential benefit.

First, the notion that economic incentives lure a company to an area, or convince a company to expand in an area, is not supported. Research demonstrates that at least 75 percent of firms that accept these incentives were planning to locate in that area regardless of whether they ultimately received the incentives. Generally, companies decide where to locate based on local taxes, transportation infrastructure, and workforce availability. It’s only after a company decides where it will locate that it typically then approaches local and state governmental bodies to see whether it can reap the reward of economic incentives. A professor at the University of Texas at Austin found that, in Texas, 85 percent of companies offered incentives had already planned to open the promised facilities, and what’s more, some had even broken ground before seeking the incentives.

Second, the incentives result in what is commonly referred to as negative spillover effects. The additional facilities result in more residents using the same existing infrastructure, which, as we know, is already woefully inadequate in the southern portion of Iredell County. Yes, the tax base will expand with new facilities. But the additional tax revenue may very well be more than offset by the increased demand for public goods, such as schools, first responders, and new infrastructure, which makes a tax increase to pay for this additional demand more likely. Moreover, the recipients of these incentives have an unfair competitive advantage over those businesses, usually smaller in size, that do not qualify for such incentives.

I fully support job creation in our county and will work tirelessly to bring new jobs to the county. I will not, however, waste taxpayer dollars to do so. While campaigning, President Trump also opposed the use of these incentives. As of December 2021, Iredell County’s unemployment rate was 3 percent. The State of North Carolina’s corporate tax rate will ultimately be eliminated as a result of the most recent state budget. Iredell County is located within a commutable distance to both Charlotte and Winston-Salem. We have a diverse workforce that is attractive to all types of companies.

We do not need to pay for jobs; we simply need better advocates for our county. As an attorney, and former litigator, I am uniquely qualified among a large field of candidates to be that type of advocate for our county.