In 2019 city staff began receiving numerous calls about potential development opportunities. We received so many, in fact, that we began tracking all new development inquiries. These calls generally centered on the availability of utilities, zoning, and other development questions. Those inquiries were recorded on a map of the city, with the assumption that if a developer is asking about property, it is likely that even if it does not happen immediately, it will happen at some point. Our primary reason for tracking these developments was to gauge the potential impact on the future provision of city services. 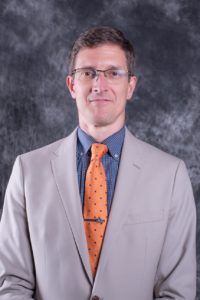 Our assumptions about the inquiries were correct. Today, if you travel around Statesville, you will see quite a bit of red dirt, heavy equipment, poured concrete, housing starts, and an overall level of construction activity never before seen in Statesville. Depending upon who you ask, this development is viewed with either excitement or a grimace, but some growth is necessary for any city to thrive.

For many years, Statesville was criticized for not growing, while other communities around us have. Now is our time.

New development, although a good way to spread the cost of services, will test the mettle of our ability to serve. Over the last two years the city has taken steps to deal with the growth coming our way. City Council has updated several long-range plans, engaged in detailed capital planning efforts, and examined the efficiency of providing certain services. Now it is time to pull all of those efforts together.

During the October 3, City Council meeting, the Council agreed to move forward to develop a Strategic Plan. This plan is meant to take the work that has been done, apply public input, and develop a set of priorities adopted by the City Council that will coincide with our upcoming budget process. This document should be the North Star for the staff to follow in making recommendations to the Council, and for Council to use in making policy decisions.

An important part of this planning process will be gaining public comment. We are currently developing the survey that will gauge our residents’ interests on various topics. It is crucial that we gain your input. The City Council will use that information to help develop the priorities this plan will produce. Quite literally, this will shape the city’s work and spending plans for at least the next five years.

City staff and the Centralina Regional Council will begin distributing the survey in the coming weeks, with a heavy emphasis on obtaining the results by mid-November. We plan to hold at least one public input session at the Civic Center, will likely meet at other places around town, and there will be an online survey. The survey will be distributed via QR code, which will be posted at various locations around town and will be found on the city’s website and Facebook page. Hopefully, this process will make it easy to make your opinions known and help to shape the future of Statesville.

Please be a part of this process and ensure your voice is heard. Your input is valuable and will help to shape Statesville’s future.