Following the Mooresville Christmas Parade, three Mooresville firefighters were recognized for their hard work and dedication to their field and the community.

Each award recipient was nominated by their fellow firefighters, with Chief Curt Deaton and Deputy Chief Shane LaCount making the final decision.

“It is a great honor to recognize members in our department and all that they do for our community,” said Deaton. “We have extraordinary people in this organization, which makes for a great department. I look forward to awarding awards to more members next year for the wonderful work they do.” 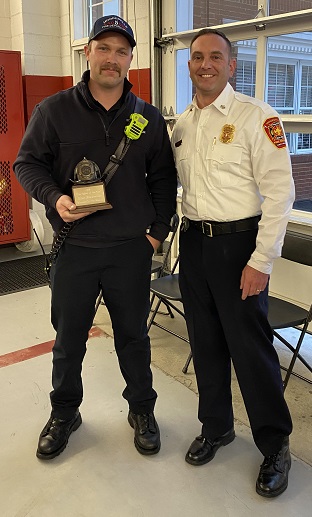 ♦ Firefighter Ethan Blackwelder received the “Firefighter of the Year Award,” which is given to a member of the department who “best exemplifies the highest traditions and standards of both the fire service and Mooresville Fire-Rescue by his or her actions, performance, professionalism and achievements, both on and off duty.” 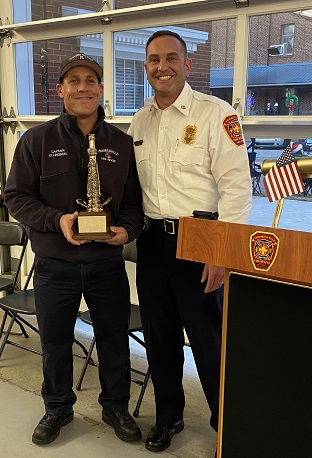 ♦ Captain Bart Ellingson was awarded “Fire Officer of the Year,” which is given to an individual who displays “the highest levels or leadership, traditions and standards of both the fire service and Mooresville Fire-Rescue.”

Deaton said that Ellingson “has a passion for his job and the people that work with him.” 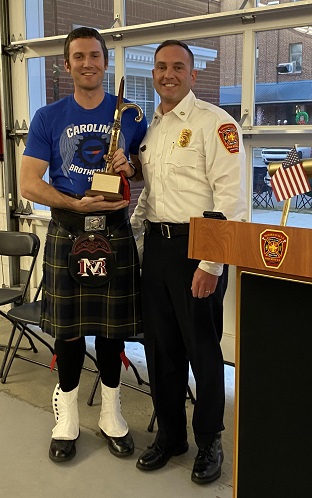 ♦ The Fire Chiefs Award, which allows the chief to “present recognition to an individual that has made exceptional contributions to the community, town, fire department and one’s own personal development,” was bestowed upon Senior Firefighter Jordan Dumford.

“Dumford is a loyal employee that spends a great deal of time on and off duty contributing greatly to the community and the department in many areas,” Deaton said. “He is a piper in our band, manages our hydrant maintenance and testing for ISO, is an active member of our USAR team, and plans departmental events and gatherings.”