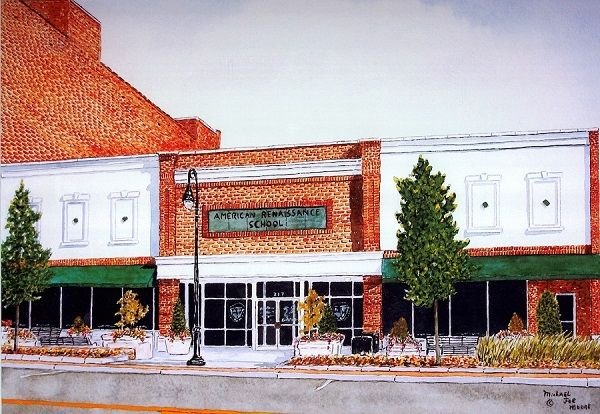 This is the 22nd anniversary of open enrollment at ARS, a tuition-free public charter school with a focus on the arts and education of the whole child. Located in historic downtown Statesville, ARS helps students gain an appreciation for their community through experiential learning and service projects.

“Being a small, community-oriented program, the relationships we build with our students and
families lead directly to their success as students and citizens,” ARS Executive Director Jim Duffey said in a news release. “Last year, about 70 percent of our eighth-graders were accepted into an honors or magnet program for high school.”

ARS graduates, he said, are well-prepared to enter high school, including the Early Colleges, AP Academy, FAMIS, and IB.

ARS alumni have gone on to notable colleges, including the Massachusetts Institute of Technology, UNC Chapel Hill, and Johns Hopkins University, and some are currently employed by well-known organizations such as Facebook, CBS Broadcasting, and the Colorado Rapids Major League Soccer team.

Many are also employed locally, giving back to the community through the Statesville Police Department, Kewaunee Scientific Corporation, and Iredell Health System.

Applications are available online at arsnc.org/apply.

Additionally, applicants can log in to this website to check their status at any time. All applications are due back to the school no later than midnight on March 6 to be included in the lottery. Late applications will be added to the bottom of the waiting list in the order they are received. The lottery will be held on March 11, 2020, at 5:15 p.m. in the ARS Elementary Campus Donovan Cook Center at 132 East Broad
Street in Statesville to determine enrollment for the 2020-2021 school year and to build a waiting list.

ARS may continue offering enrollment to families on the waiting list as space becomes available throughout the summer and fall.