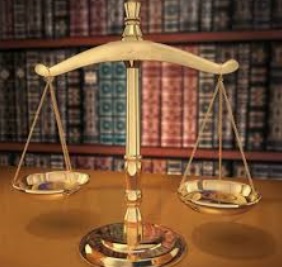 “In light of the executive order entered today by Governor Cooper, I have issued an order staying all pending evictions,” Beasley explained. “I am hopeful that the newly created mediation program will assist landlords and tenants in crafting repayment plans that might help avoid eviction altogether and I am so grateful to the mediators who agreed to do this work for free while we secure other funding for the program.”

The new emergency directives bring all pending evictions in the trial courts to a halt until June 21, the same period specified in the governor’s order. The chief justice’s emergency directive also instructs that sheriffs are not required to execute pending writs of possession until the end of June.

The Administrative Office of the Courts will be required to create and disseminate an affidavit that landlords must file in pending evictions to certify that the property is not subject to the federal moratorium on evictions imposed by the CARES Act. That moratorium remains in effect until late July.

The chief justice also announced the creation of a new mediation program specific to summary ejectments, the most common form of eviction proceeding for residential tenants. The program will be conducted in partnership with Legal Aid of North Carolina. The organization has agreed to recruit and train mediators who will serve pro bono to help to settle pending evictions for low-income tenants.

In addition to the order regarding eviction proceedings, Beasley also entered an order today extending the deadline for filing a notice of appeal to June 30. The extension applies to any case in which the deadline for appeal fell between March 16 and June 1. There had been some confusion about whether such deadlines were governed by the chief justice’s prior deadline extension orders or by the Supreme Court’s extension of deadlines imposed under the Rules of Appellate Procedure. The new order was entered in an effort to clear any ambiguity.

The final order entered extends seven of the initial emergency directives issued by the chief justice. The order does not extend the emergency directive that had required the rescheduling of most trial court hearings. The extended directives will allow the trial courts to continue using remote technology to conduct hearings and screen entrants to courthouses for symptoms of COVID-19.

The emergency directives also allow some documents to be served by email, waive notary requirements, and require magistrates to continue performing marriages statewide.