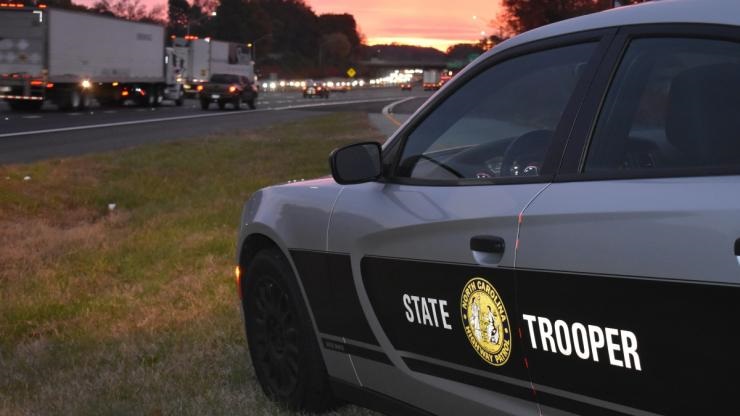 RALEIGH — In an effort to increase the public’s awareness of the importance of moving over for public service vehicles, the N.C. State Highway Patrol is launching “Move a Little/Save a Lot,” a campaign focused on the education and enforcement of the state’s Move Over law.

Six separate collisions have occurred since June in which a Highway Patrol vehicle was struck by another motorist, sending troopers to the hospital with a range of injuries. While these crashes could have been avoided, failing to move over was the contributing factor in five of the six incidents.

Within the past five years, 15 trooper’s vehicles have been struck due to move over violations.

To combat the potential of future collisions, troopers across the state will be monitoring Move Over violations on major interstate and U.S. corridors throughout the week. SHP will also be conducting a social media campaign on Facebook and Twitter to educate the public on the law’s requirements and the dangers associated with failing to move over. This multi-faceted campaign is being conducted in hopes to gain compliance from motorists who are approaching public service vehicles while on the shoulder or median portions of the roadway.

“Nearly 18 years ago, our state’s lawmakers enacted the Move Over law in an effort to afford public servants protection while performing their assigned duties,” said Col. Glenn McNeill Jr., commander of the State Highway Patrol. “Motorists must share in the responsibility of ensuring safe travel for others and those who place their lives in harm’s way each day while serving in various public safety professions.”

More than 150 law enforcement officers nationwide have been struck and killed by vehicles while in the performance of their duties since 1997.

Since the N.C. Highway Patrol’s inception in 1929, seven troopers have succumbed to their injuries after being struck by another motor vehicle.

In 2002, the Move Over law directed motorists to change lanes or slow down when passing a stopped emergency vehicle with flashing lights on the roadside. In 2012, the law was revised to include “public service” vehicles. Public service vehicles are described as any vehicle that is being used to assist motorists or law enforcement officers with wrecked or disabled vehicles, or is a vehicle being used to install, maintain or restore utility service, including electric, cable, telephone, communications and gas and displays an amber light.

Motorists who are traveling on a two-lane highway are required to slow their vehicle, maintaining a safe speed for traffic conditions, and operate the vehicle at a reduced speed and be prepared to stop until completely past the authorized emergency vehicle or public service vehicle.

The penalty for violating the law is a $250 fine, plus court costs. Motorists can face misdemeanor charges for causing personal injury or property damage greater than $500 and a Class F felony for severe injury or death in the immediate area of a stopped emergency vehicle or public service vehicle.