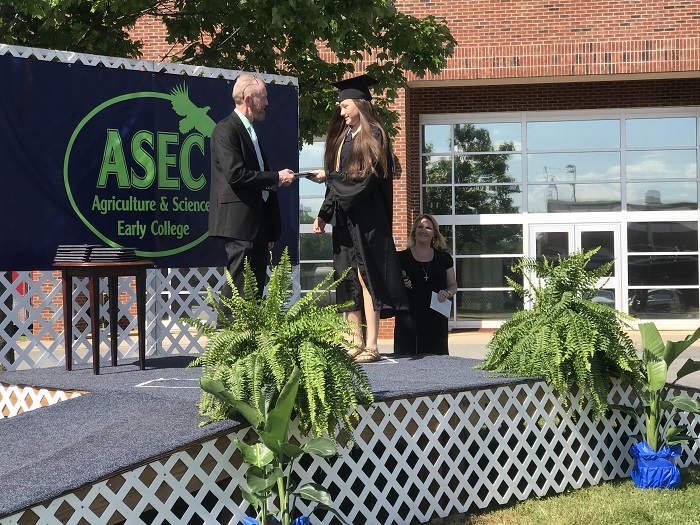 All 13 members of the first class of Agriculture & Science Early College graduates gathered Friday to celebrate their journey.

“This is the group of students that took a risk being the start-up school,” Principal Billy Wells said. “I’m very proud. They helped get our school off to a good start. They were patient. They are well prepared to go on to the next level. I’m very proud and excited for them. ”

He teared up as he remembered all the group’s legacy of accomplishments.

“I think of all their firsts— the first day, getting through the first week, closing out their first semester,” he said. “Now we have our first graduation.”

Wells urged the 13 students to enjoy the ride while preparing for the future and told them not to get caught up in having everything be perfect.

“This is not exactly as we originally planned, but the truly important part is as it should be.”

Benitez-Abonza told his peers to set a goal and write it down.

“Keep pushing no matter how long it takes,” he said. “Be the best people you can be.”

Even though things haven’t gone as planned, Houpe said, “our journey has made us who we are. ”

She said her fellow Eagles are “capable and strong.”

After a 13-car horn salute, Wells asked the graduates about classmates they may need in the future. After the students shouted names of those they would turn to, it was time to take the next step.

Alphabetically, graduates were called out of their vehicles one by one with family members cheering them on.

Wells then handed each student their diploma and pronounced them a graduate.

Parents and other family members were allowed to take photos before returning to their cars.

Wells shared parting wisdom on the change that was eminent.

He concluded by stating that ASEC has had three years of teachers, staff, and students.

“And now we have alumni,” Wells said. 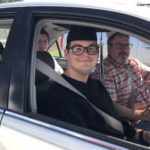 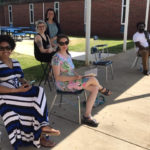 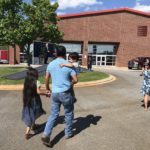 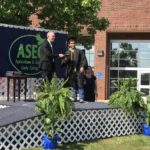 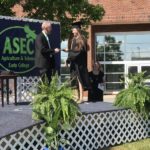 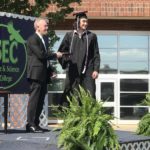 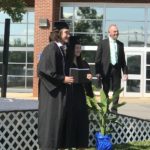 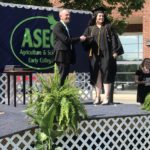 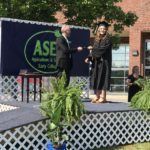 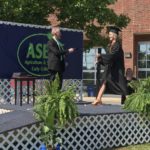 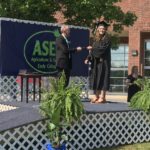 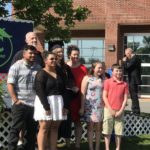 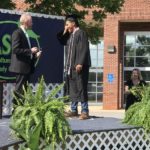 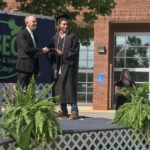 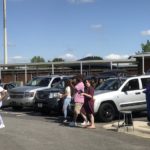 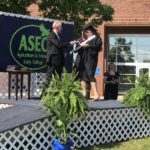 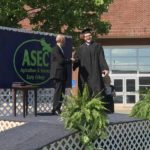 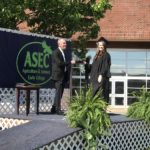 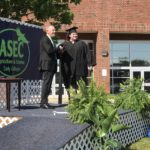 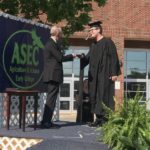 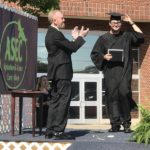 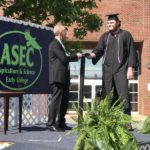 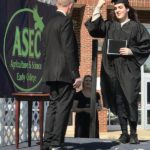 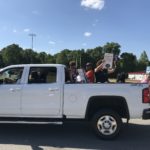 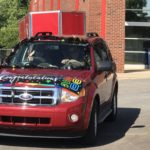 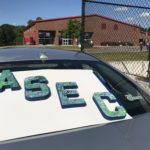 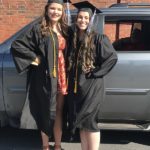