Violent crime and property crime both declined in the City of Statesville in 2019, according to the Statesville Police Department’s annual crime report.

SPD Chief David Addison provided a summary of the crime report this week that showed:

There were two homicides in the city in 2019, up from one the year before. The SPD made arrests in both 2019 cases.

Two categories that showed an increase from 2018 were larcenies from motor vehicles (up 23.44 percent) and calls for service involving  hit-and-run accidents (up 11.89 percent).

Chief Addison had planned to present the crime data at the March 16 meeting of the Statesville City Council, but the presentation took a backseat to the city’s response to the global COVID-19 pandemic.

“One of our responsibilities to you is providing as much transparency as possible. Our goals include sharing our crime numbers twice a year to the community,” Addison said in the summary. “It remains our pleasure in serving this community. Together, we are making Statesville a safer community.”

The SPD has 104 employees, including 82 sworn employees and 22 civilian employees.

Other data in the summary includes:

♦ Officers were involved in 17 vehicle pursuits with 13 resulting in the apprehension of suspects. Two chases ended in crashes. 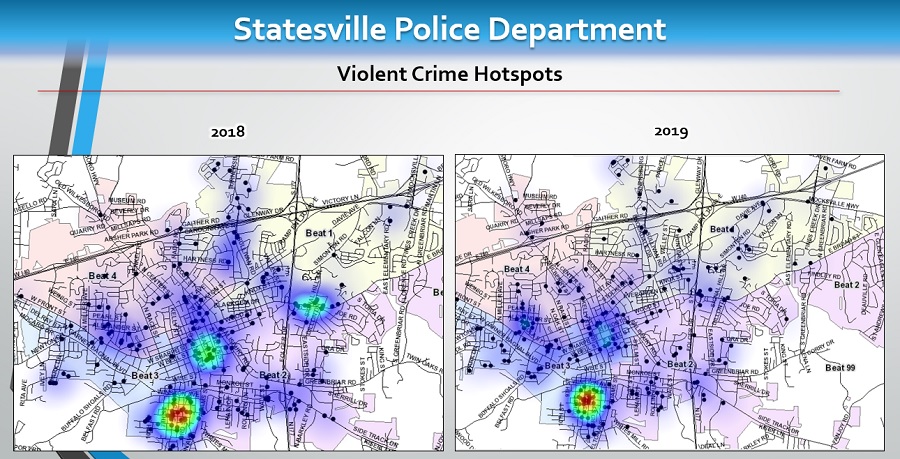 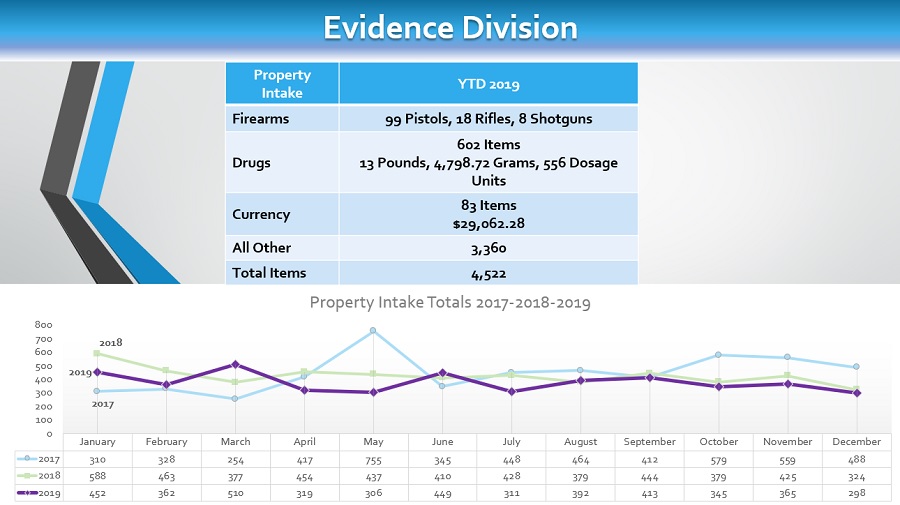 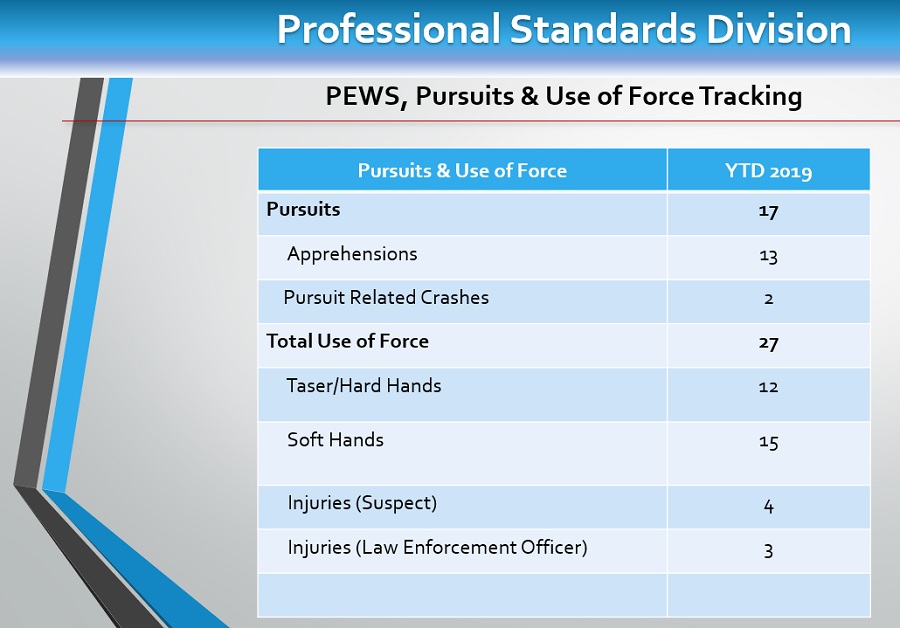