Seventy-four people who work for county and municipal governments and the public school districts in Iredell County earn more than $100,000 annually.

An analysis of the data revealed:

This analysis utilizes base salary and does not include deferred retirement benefits, vehicle allowances, performance bonuses and COVID-19 premium pay. 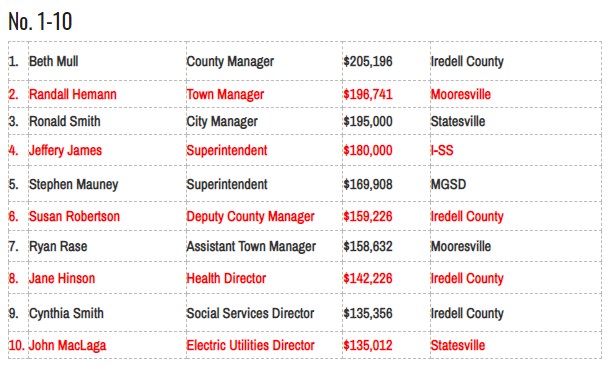 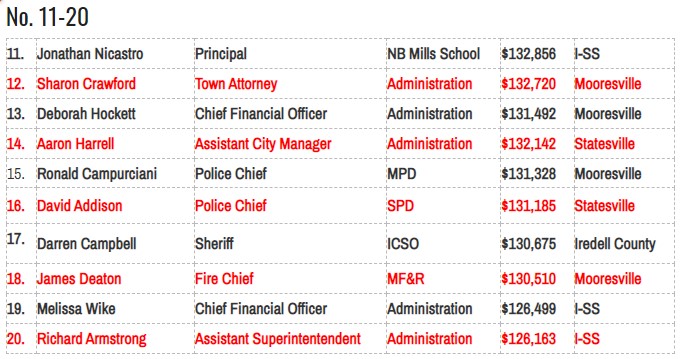 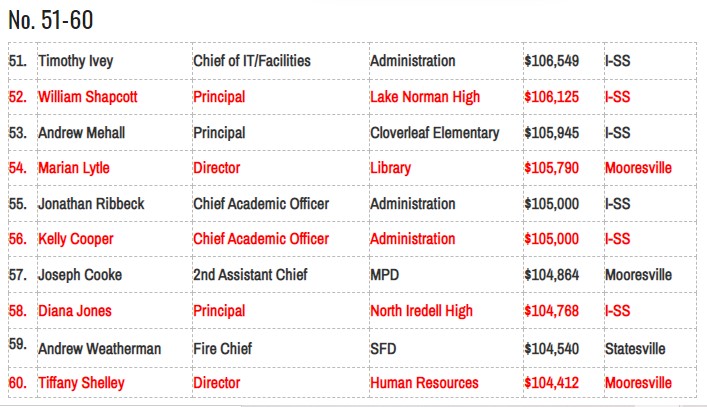