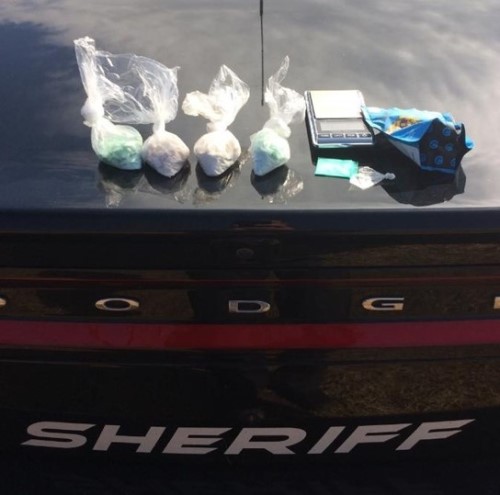 Sheriff Darren Campbell announced the arrests of Johntavious Maurice Dodson, 30, of Atlanta and Katherine Latrice Ogeese, 23, of Decatur in a news release.

ICSO deputies pulled over a blue Nissan Sentra for speeding on I-77 south near mile marker 60 on Tuesday, according to the news release.

While speaking with Dodson and Ogeese, the deputies obtained evidence justifying a search of the vehicle, Campbell said.

During the search of the vehicle, the deputies located 100 grams of MDMA pills packaged in four separate bags, consistent with packaging used to sell and distribute MDMA, according to the news release. One gram of heroin, one gram bag of cocaine and 3.5 grams of marijuana were also seized, along with items of drug paraphernalia, Campbell said.

Both suspects appeared before Magistrate Chambers, who issued each suspect a $300,000 secured bond on these charges.