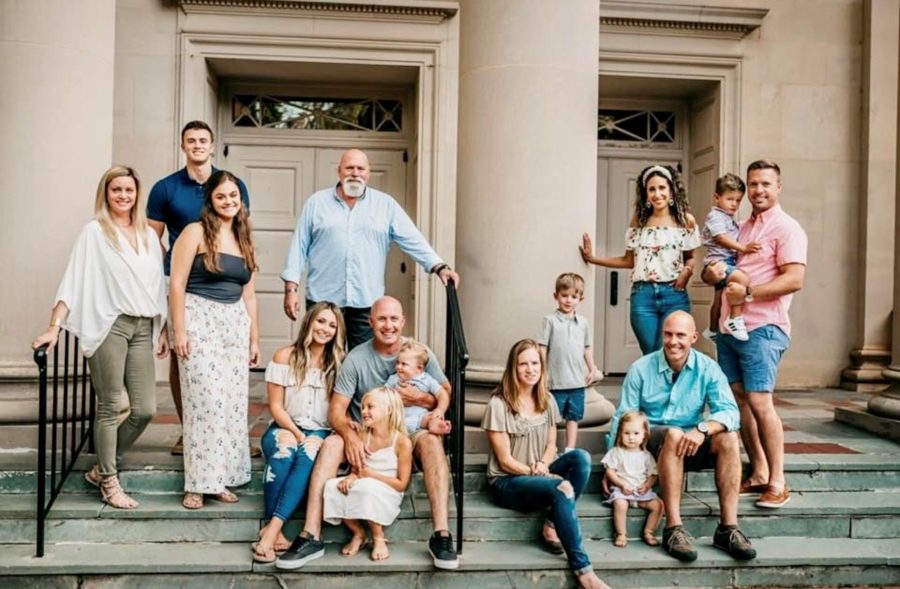 Rusty Knox has always lived an active, social life. As the mayor of nearby Davidson, he has made community gatherings and social interactions part of his day-to-day life. 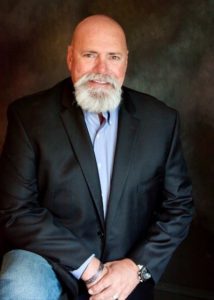 So when the energetic mayor began staying home more, residents took notice and started asking where he had been.

What they didn’t know was that worsening back and hip issues made it increasingly difficult and painful for Knox to walk. In recent months, he began walking with a cane regularly.

Throughout his life, Knox was always active. While growing up, he played baseball and enjoyed riding dirt bikes. By the time he was 16, he had broken 19 bones. In 1972, when Knox was in ninth grade, an unfortunate slide into second base sent him to the doctor with a broken left leg.

“Unfortunately, the doctors set the bone wrong, and I lost three-quarters of an inch in the length of my left leg,” Knox said. “So, I’ve walked with a limp most of my life,”

After breaking his leg, Knox continued to play baseball for several more years.

However, when your legs are different lengths, it can significantly impact your gait and posture, throwing your body out of balance and leading to issues in joints throughout your entire body. Over time, because of the additional impact and pressure, the hip joint in Knox’s right leg became worn and damaged. Eight years ago, Knox had anterior hip replacement surgery on his right hip.

The surgery went well, but over the last two years Knox began having back pain.

“I had been having some back issues the last couple of years, and I knew at some point, I was going to need my hip replaced on my left side, which was my shorter leg. In the last six months, the pain progressed to the point where I was walking with a cane,” he said.

Unable to do the things he loved, Knox knew it was time for another hip replacement and decided to seek help.

Luckily, Knox knew exactly who he needed to call — his friend, Jason Batley, an orthopedic surgeon at Iredell Orthopedic Center.

During their phone call, Batley told Knox he would be glad to do the hip replacement surgery, but he would only do posterior hip replacements, which was different than the type of surgery Knox had eight years ago on his right hip and is the most common technique used today.

Through his own research, Knox also discovered there was a surprising benefit to having a posterior hip replacement.

“I saw that there was potential for giving me back the three-quarters of an inch that I lost in my leg in 1972 by having a different prosthesis put in,” said Knox.

“We did the X-ray, and my left hip had basically imploded. Batley told me, ‘You need a hip replacement now,’ ” Knox recalled.

Instead of being worried or apprehensive, Knox felt relieved and ready for the surgery, knowing it would help him feel better and regain his quality of life. Batley also told Knox he should be able to give him the extra length back in his left leg.

Knox’s scheduled his posterior hip replacement for May 17.

The day before the surgery, Knox arrived at Iredell Memorial Hospital to get pre-surgical blood work and lab tests done. The next day, Knox came back to the hospital for his hip replacement procedure.

The procedure went well, and after spending one night in the hospital, Knox went home around noon the next day with instructions to care for and strengthen his new hip.

And, after 50 years of living with complications from his leg length difference, the 64-year-old mayor had finally received the ¾-inch back in his leg he never thought was possible.

“Right now, I can stand in the mirror, and my shoulders are level for the first time in 50 years. Dr. Batley is a miracle worker. Not only did he replace my completely destroyed hip, but he was also able to give me the length back in my left leg,” he said.

Knox was appreciative of Batley for giving him a better quality of life, and he was also thankful for the “hometown-like” care he received at Iredell Memorial Hospital.

“I cannot sing enough praises for Dr. Jason Batley and what he did for me. But furthermore, this was my first experience with Iredell Health System, and I was treated like a king,” he said.

“They didn’t know I was mayor of Davidson, or anything other than Dr. Batley knew me, but I was treated so well by everybody — from the anesthesia staff, to the people who did my blood
work, to the nurses when I woke up.”

Knox is still recovering but has been diligently completing all his strengthening exercises, even doing them twice a day. He used a walker for two weeks after his surgery, but in the last three weeks, he has walked all on his own.

When asked about his outlook moving forward, Knox feels like he has a “new lease on life.”

“My outlook on life is 1,000 percent better since the surgery. My whole life, I’ve had people ask me, ‘Are you walking with a limp?’ or ‘Are you okay?’ and I’ll never hear that again,” he said.

Knox is excited to get back to being with others and being social. He is a musician in his free time and is eager to start playing shows again with his band.

“The next time I need healthcare, am I going to think twice about where to come? Probably not because I’m going to come back to Iredell,” said Knox.

If you would like to schedule an appointment with Dr. Jason Batley at Iredell Orthopedic Center, call 704-768-3030 to reach his Statesville office or 704-658-0956 for his Mooresville office.